So the obvious question is why are there so many plastic surgeons in Salt Lake City, Utah anyway? As a plastic surgeon practicing just outside of Salt Lake in Layton, I feel that I have a pretty good handle on what is going on.

A little background information is in order. The dominant religion in Utah is Mormonism, representing approximately 60%-70% of Utahns. No, not the strange, clothing making, polygamists that you see on T.V. Just regular people that share common beliefs. Within and between neighborhoods, Mormons go to church together with their “ward” at the same time every Sunday and get to know each other very well similar to the way that co-workers do. Mormons are well known for having many children and generally get married and start having children at a relatively young age. Utah has some of the prettiest women in the U.S. (I am a little biased here, but it is true) and take care of themselves very well.

So you have the perfect storm of young mothers, who are finished having babies at a young age. Childbirth and the associated stretch marks, loose and hanging skin have taken a toll on their tummies and breasts. They are generally attractive and care about their image and appearance. They have a tight social network of many women whom have previously had cosmetic surgery and there is a lot of pressure to “keep up with the Jones”. Having plastic surgery is a very socially acceptable thing in Utah, which may surprise outsiders with a Hollywood based opinion of Utah. 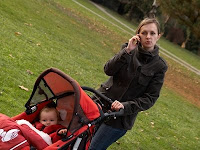 A very large percentage of plastic surgery in Utah is body contour and breast surgery. Generally a “mommy makeover” includes various combinations of a breast lift, breast augmentation, tummy tuck and liposuction. These are relatively conservative women who want their bodies back. Of my cosmetic practice in Utah, I would estimate that 95% of my patients are female and 80% see me for one of these procedures.

Another reason that plastic surgery is so popular in Utah is the number of patients whom travel from out of town for plastic surgery. The cost of plastic surgery is quite inexpensive when compared to the rest of the U.S. For example, the cost of a tummy tuck is around $5,000 – $7,000 as compared to $8,000 – $15,000 in places like California. The cost of breast augmentation is around $4,000 as compared to around $6,000-$10,000 in many other states. The competition from the number of plastic surgeons has driven the prices down. Similarly, the cost of living is a little lower than many areas in the U.S. Patients are flocking from all over the country to benefit from these low prices. I would estimate that 20% of patients visit my practice from out of state. Salt Lake City has a large, convenient, international airport which makes the travel easy and is a short flight from California and other more populated areas.

There are certainly a number of other factors that help explain the number of plastic surgeons in Utah but the “mommy makeover” and out of town travel patients top the list.