Home » Blog » What is the best bra after breast augmentation?

What is the best bra after breast augmentation?

Finding a good bra after breast augmentation can be challenging.  Here are a few tips.

For the first 6 weeks to 3 months (depending on the surgeon) the bra should be comfortable, without underwire, and clasp in the front.  We use a simple post surgical sport bra.    After the first 6 weeks, patients are excited to wear new, prettier bras.

I recommend wearing a bra nearly all the time, including at night.  This is to prevent the implant from “bottoming out” or falling to the sides.  This is unlikely in most patients, although some patients have less internal support for the implant (weaker scar tissue).  These patients are at higher risk for implant displacement.  It is impossible to tell which category you fall into until there is a problem, so I recommend support for everyone.

One bra,  Le Mystere No. 9, is marketed as the  first bra specifically designed for women with breast implants.  The cup is more rounded, the underwire is narrower to fit the implant ideally and the spacing between the cups is designed a little wider.  This bra manufacturer is in partnership with Mentor, one of the leading implant manufacturers.  The reviews are good.  Cost is around $75. 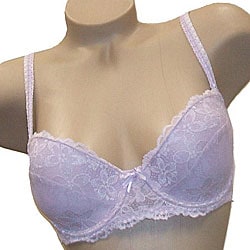 Most readers of this blog post are post augmentation patients looking for help finding a bra after breast augmentation.  If you are happy with your outcome, I am happy for you.  If you have any concerns, feel free to email me your concerns.  I am always happy to help.