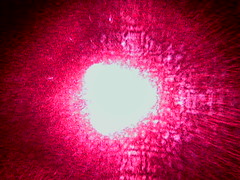 Laser liposuction is the hot new thing in liposuction, body contouring and fat removal.  It may even be the hottest thing we have ever seen in liposuction.  This only seems to be gaining popularity.  Add a laser to anything in medicine and the average consumer instantly assumes it must be better.  I don’t know how many times I have been asked if I am going to make an incision with a ‘laser’ for a procedure.  An absurd idea!

As a plastic surgeon who considers himself well versed in the world of cosmetic surgery it leaves me scratching my head a little.  How has this gained so much momentum?  Is it that it really does something significant that traditional liposuction can’t, or is this just fabulous marketing?

There are dozens of new fads each year.  About 90% fizzle out as the flaws become exposed and 10% “stick” and are shown to have real value.   This 10% is what most plastic surgeons incorporate into their practice.    There is a small minority who try everything new, try it out on as many patients as they can and jump ship when the problems arise.  Not me!

I reviewed websites and literature of several of the more common laser lipo platforms including smartlipo, slimlipo, Lipotherme, cool lipo, and LipoLite.

These manufacturers claim there are several advantages of laser lipo:

A little lesson on the difference between laser liposuction and traditional or tumescent liposuction is in order.

The laser damages the fat cells before they are removed.  The heat generated from the laser is reported to cause skin tightening.

I have always been dissatisfied with the amount of skin tightening that can be achieved with traditional liposuction.  The reported benefits of skin tightening with laser liposuction is a very interesting for me.  Of course, training in Missouri I am a “show me” kind of person so I tried it out.

Unfortunately the experience was otherwise.

There are a few definite disadvantages to laser liposuction

It felt a little like test driving a Ferrari without a motor.  It looked really cool but didn’t really do anything.

Let me repeat.  I really wanted to find that this lived up to all of the claims.  It would be a fantastic tool and would solve the problem of patients with loose skin.

I have no vested reason to “bash” laser liposuction or any of these companies.  I didn’t report which machine I used for a reason.  The gentleman was quite pleasant and honest with me about the shortcomings of laser liposuction.  He said the major reason to use this technology is that with all of the marketing, patients are lining up for the procedure.  My motivation for writing this is only to be the balancing “voice of reason” from someone who is not trying to sell their product.

According to the American Society of Plastic Surgeons, “The only study that has scientifically compared this to standard liposuction has found no differences between these techniques in terms of the results.”

As far as I know, there are no plastic surgeons in Utah doing laser lipo at this time.  Competitively, there is a fortune to be made.

The business man in me would love to do just that.

The responsible doctor in me just won’t allow it.

I will update the progress of my patient in a couple of months.  If there is skin retraction to a significant degree expect my next post to be about the new laser liposuction equipment I have just purchased.  Don’t hold your breath!